Panzanella is a typical and very ancient dish of the Tuscan tradition, made with stale bread, onion, and tomatoes. A perfect one-meal summer dish.

Today I want to tell you about an incredibly simple recipe with ancient traditions.

Born to recover food and not waste it, today Panzanella is increasingly offered as a summer delicious fresh appetizer.

What does Panzanella mean

Panzanella, also known as “Pan Molle” (that means soft bread), is a Tuscan specialty made with stale bread soaked in water.

The bread is then cut into small pieces and seasoned with onion, fresh tomato, basil, olive oil, vinegar, salt, and pepper.

The name of this recipe derives from the union of the words “pane” (which means bread) and “zanella” which in the Tuscan dialect means soup tureen.

In fact, it seems that in ancient times the farmers soaked the old bread in water and then combined it with the vegetables available in their garden

Already in the 14th century, Boccaccio mentioned it with the name of Pan Bagnato (that means “washed bread)”, because it is a humble dish, born from the recovery of stale bread and the peasants’ habit of wetting dry bread and seasoning it with the vegetables available in the garden.

How and when to serve Panzanella

As I have already said, this is a recipe for recycling: a simple dish that, however, involves a process that has been handed down for generations.

It is a fresh recipe and is eaten cold. You can serve it as a main course for a light lunch or dinner.

More frequently, Panzanella is served as an appetizer, and if you travel to Tuscany during the summer, you will often find it on the menus of Trattorias.

Furthermore, Panzanella is a perfect solution for a pic-nic or BBQ Garden Party.

An alternative way that I really like is to serve Panzanella as finger food, in mono-portions Compostable Bamboo Leaf.

Ingredients of the recipe

First of all, the main ingredient of Tuscan Panzanella is stale bread. I suggest using unsalted bread like the Tuscan one. Furthermore, the bread must be two or three days old. You will therefore have to buy it (or make it at home), slice it, and leave it aside to dry.

Secondly, choose red and juicy, but not overripe tomatoes. It will be fine if you want to use datterini or cherry tomatoes.

Finally, as regards the onion, choose the red onions which, mixed with the bread and vinegar, turn out to be sweeter.

How to preserve Panzanella

Once prepared, the Panzanella must be placed in the fridge for at least an hour before serving. In this way, all the flavors blend perfectly. Then, let it come back to room temperature a little before serving, as per tradition.

The leftover Panzanella (if it will leftover) can be stored in the fridge closed in an airtight container for up to two days, before the tomatoes start to turn sour.

Nutrition Data is automatically calculated and may be not accurate. 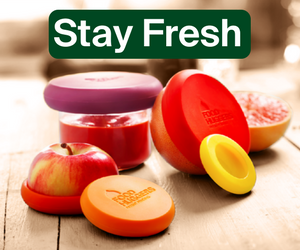